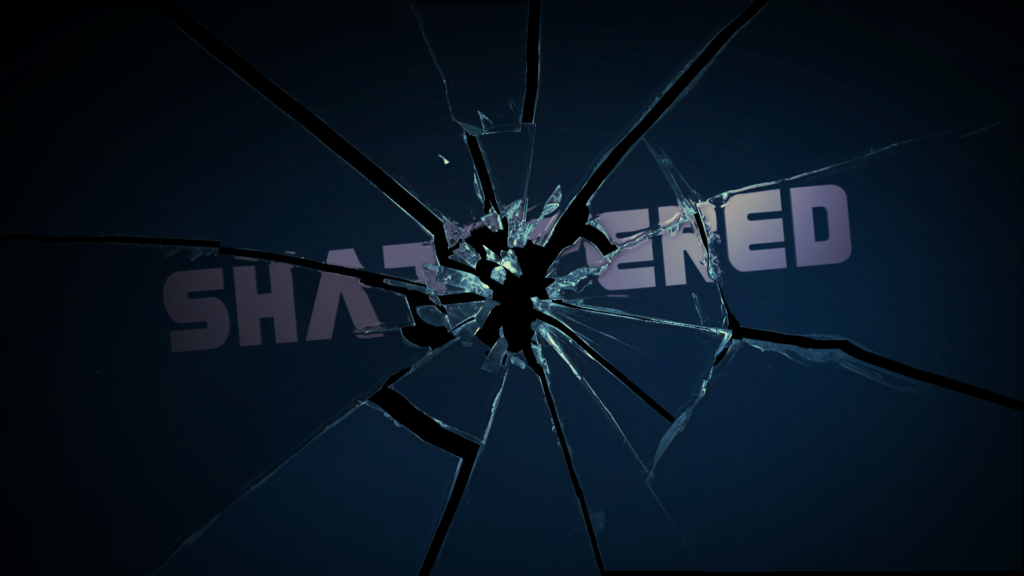 Now, I know what you’re thinking: “Don’t we have enough crappy procedural shattered glass templates? Like… After Effects Does this automatically, right?!”
Well, yes. But look again. Notice anything strange? Yup. Exactly. This is not your typical Shatter Plugin template. In fact, I want you to pay attention to the borders of those glass shards. As you can see, they are molded to the shattered glass texture. In other words, there’s a custom-made shatter map. Meaning that someone (Namely your’s truly) sat there for hours making the shatter map by hand. So what is the whole point of this? Well, for starters, flexibility. What this means to you as the user of this After Effects template, is that you have 100% control over how that glass breaks. Maybe not in the immediate control panel, as this template was designed for that that specific logo stinger. But if you are savvy enough with After Effects you can turn this shattered glass template into basically ANYTHING involving breaking glass, since this is a 3D effect.