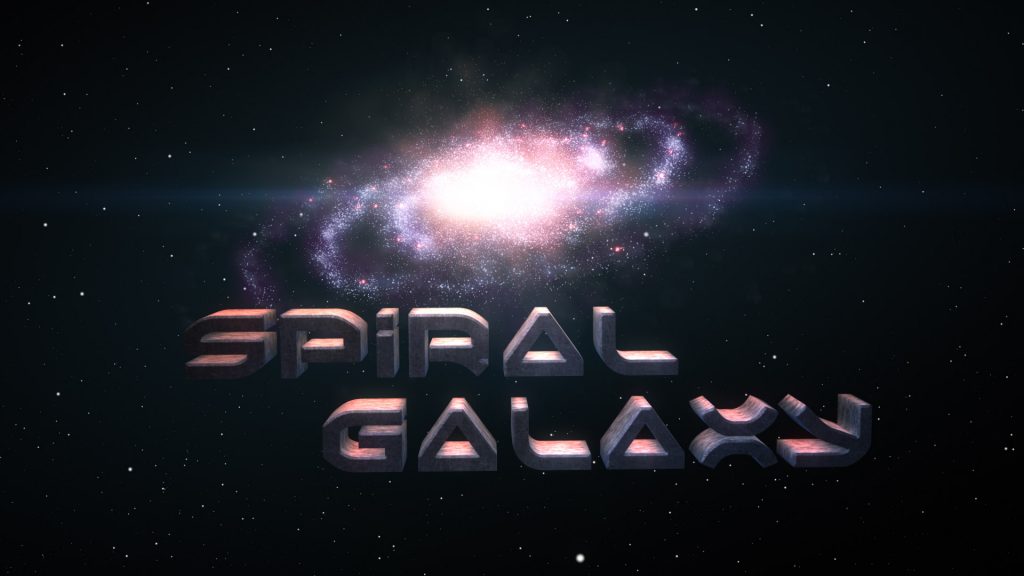 After the unimaginably small, the unimaginably big! What am I talking about? Outer space, of course. Spiral Galaxy is one of those After Effects templates that I’ve been waiting forever to release. First of all because I love astronomy and celestial bodies, but second, because I’ve been working on this template for a very long time. I just couldn’t get it right! I have tried just about every single trick in the book and tried to create this effect through different methods, but every single time, it somehow managed to look terrible. Until I decided to just go with an actual particle system and use the forces of nature at play in an actual galaxy like rotation and gravity.
Colorization wasn’t an easy feat either,  in this After Effects template, I wanted people to be able to colorize the galaxy just the way they wanted, so I had to layer it and use plugin upon plugin, stacked on top of each other to create a vibrant color scheme that looks good.
This After Effects template does not require any third party plugins, as everything is pre-rendered and ready to use, even the 3D text. All you have to do is customize it with your own color scheme and voila!

Hit the jump to watch it in action.

Hello again, Folks! I am back with yet, ANOTHER mobile game! Yes!! Not even kidding! And this one is a little bit different from the last one. It’s a Space Invaders clone. I’ve been hard at work on this and other games, you are seeing them all coming out right now as a weird chorizo stream of juicy mobile game goodness (I know, disgusting metaphor, sorry), as if they were on some sort of production line when In fact, I have been hard at work on them for months now. In fact, let me correct; WE -The programmer and I- have been hard at work on these mobile games for a long time now. And this one is the oldest. Some of these graphics were made 2-3 years ago and I have literally been sitting on them, waiting to find a programmer to do the codding all this time to be able to release it. And now it’s finally out and there’s nothing that makes me feel more warm and fuzzier inside than to be able to release this mobile game for the world to play and enjoy!

Yes, this is officially the first ever mobile game developed by Evil Planet Games! And I am damn proud of it! With a sincerely laughable budget and an equally laughable amount of time to work on this thing, it is a miracle it even made it out, but here we are, celebrating my first game. … Read more