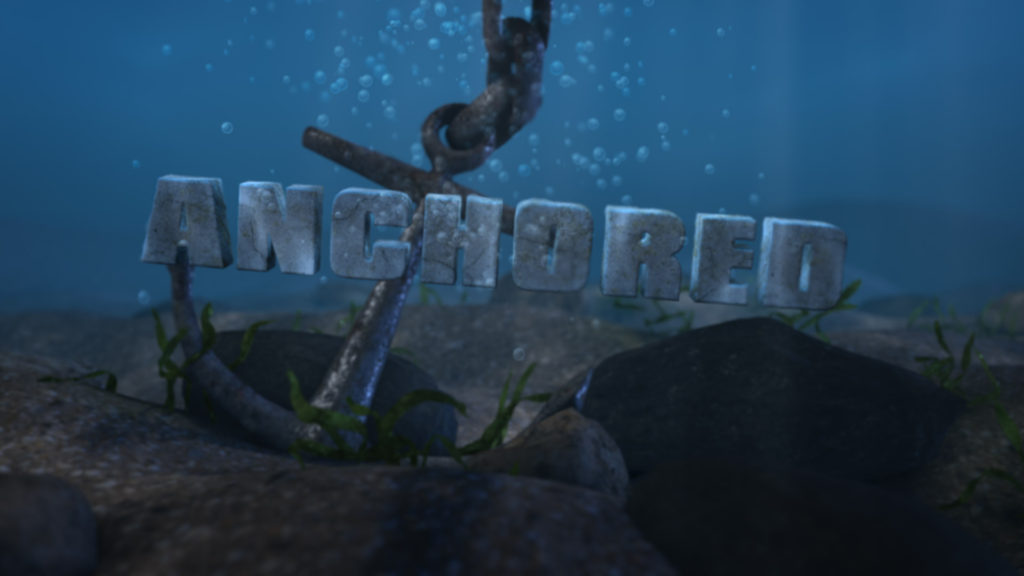 Some time ago I created a very cool and popular After Effects template called “Ocean Blue”, people seem to love it and I always had that one regret; I wanted an anchor in there somewhere. At the time I made it, I wanted the shot to be seen from near the water surface so the ocean floor wasn’t visible from that particular camera angle and having the anchor just slowly pass by for a few frames was kind of a waste of resources. This is why I decided to make a whole new After Effects template dedicated specifically to the anchor itself, so here we are.
Anchored was made with the same text effect as Ocean Blue, however I wanted it to have a slightly different feel of depth, to convey the calm and peacefulness of the bottom of the sea, which is why I specifically avoided marine life in this After Effects template.

For this version, I decided to go the extra mile and make the text even better than the last one, featuring full texture, which was achieved by layers, to give the illusion of 3D text that can usually only be achieved via plugins such as Element 3D without the need for one.

Hit the break to watch the template in action.