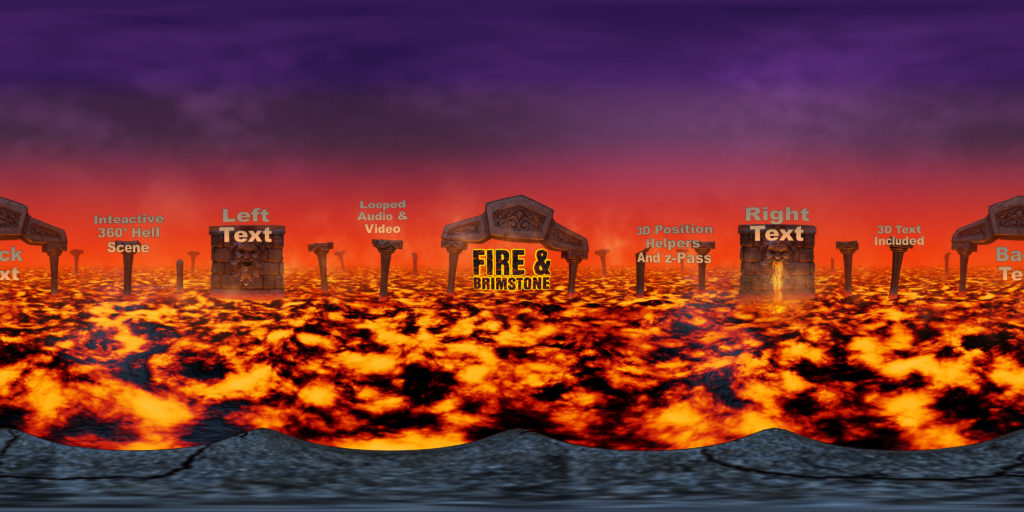 Behold! The first ever Nevermore Graphics 360 After Effects template!

You can download AND purchase this After Effects template here:
https://www.pond5.com/after-effect/71051701/fire-brimstone-loopable-360-panoramic-hell.html